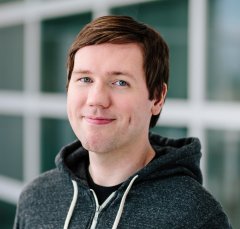 Not registered as user yet

John Myles White is the engineering manager for Facebook’s Better Python team, which is focused on improving developer experiences for Facebook and Instagram’s engineers. Before focusing on Python, John helped design Facebook’s experimentation and survey tools. Prior to coming to Facebook, John was one of the core developers of the Julia programming language for which he built many of the core data science libraries. John also has a PhD in psychology and neuroscience from Princeton, where he developed mathematical models of human decision-making.