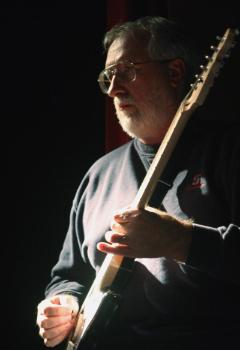 In addition to his contributions to computer science, Gabriel has also come to be known for his distinctive style and artistic sensibilities. In 2003, ACM presented Gabriel with its Allen Newell Award, deeming him “CS’s original art-school bobby-dazzler" and noting his solo career spent as the “world’s most languidly mannered deluxe hacker.” Guy Steele once noted Gabriel’s lifelong obsession with Lisp and describes any in-person interaction with him as a "bespoke event, a louche ensemble of elegant affectations.”